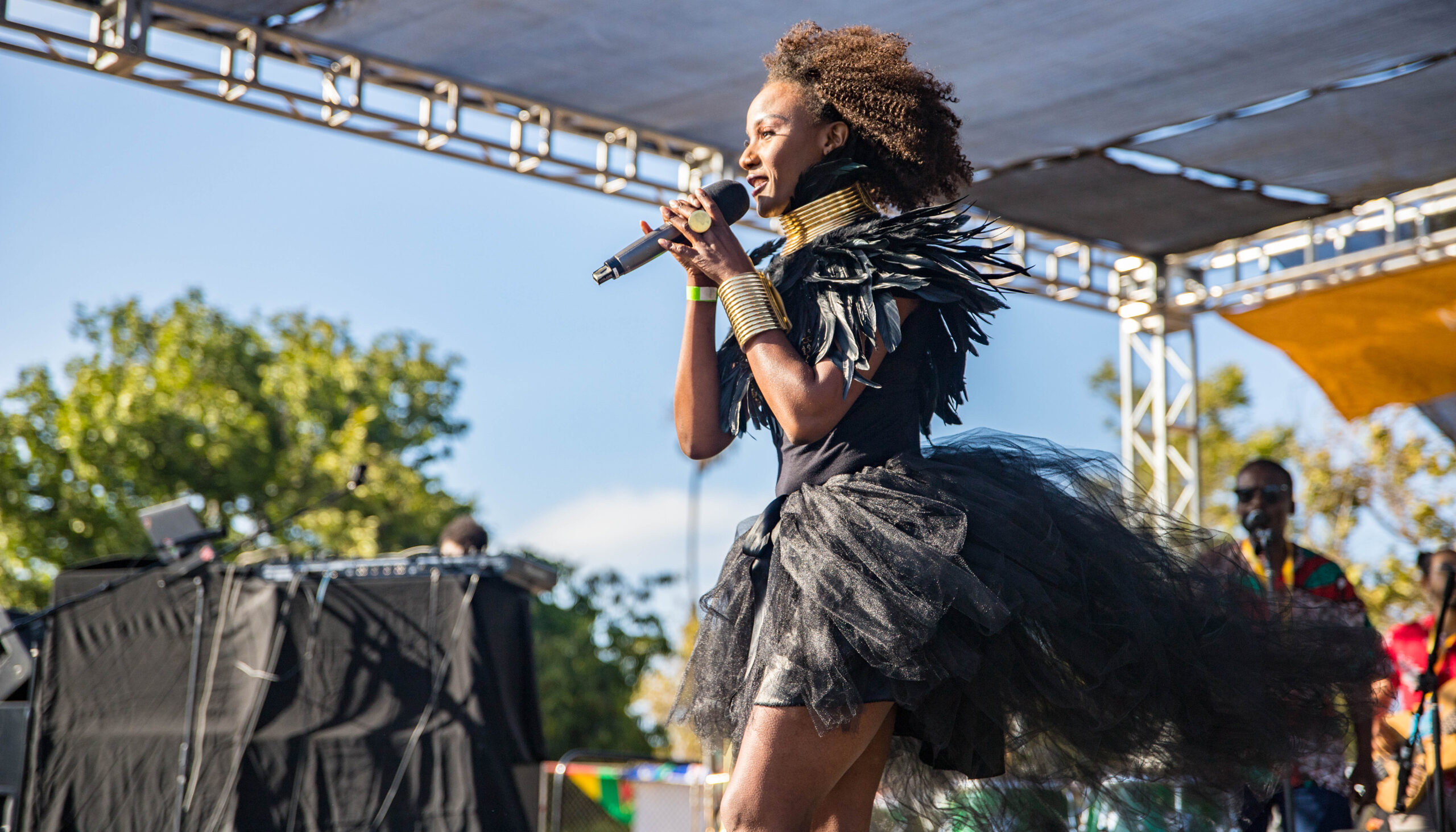 External links should open in:

Maurya is a bay area-based dancer, choreographer, educator, poet, and the artistic director of tinypistol. She was a member of Alonzo King LINES Ballet for twelve years and teaches extensively in their educational programs. She was an ODC artist-in-residence from 2015 to 2018 and received an MFA in Dance from Hollins University. Much of her artistic work, across disciplines, is focused on Black and brown people reclaiming their birthright to wonderment. Maurya's poetry has been nominated for a Pushcart prize and appears or in multiple journals, including Inverted Syntax, Chestnut Review, Tupelo Quarterly, little somethings press, and an anthology, “The Future of Black: Afrofuturism, Black Comics, and Superhero Poetry.” Maurya was recently chosen by Jericho Brown as a runner-up in Southern Humanities Review’s 2021 Auburn Witness Poetry Prize, and her first chapbook, MUTTOLOGY, will be published with Harbor Editions in 2023. Maurya is currently a 2021/22 UC Berkeley ARC (Arts Research Center) Poetry & the Senses Fellow. Rogelio Lopez’s works speaks through his Queer, Mexican-American, Immigrant voice in which he uses his past and present experiences to create intimate and universal storytelling. Rogelio has and continues to have a fulfilling life as a professional dancer having worked for many wonderful contemporary dance artists including Keith Johnson, Holly Johnston, Hope Mohr, Cathy Davalos, Mary Armentrout, Deborah Slater, Nina Haft, Christy Funsch, Nol Simonse, Andrew Merrell, Shaunna Vella and Randee Paufve. He is frequently sought after for his work in lighting, costuming and scenic design. Companies he has designed for include Keith Johnson and Dancers, Nina Haft and Co, Paufve Dance, and Vella and Merrell. 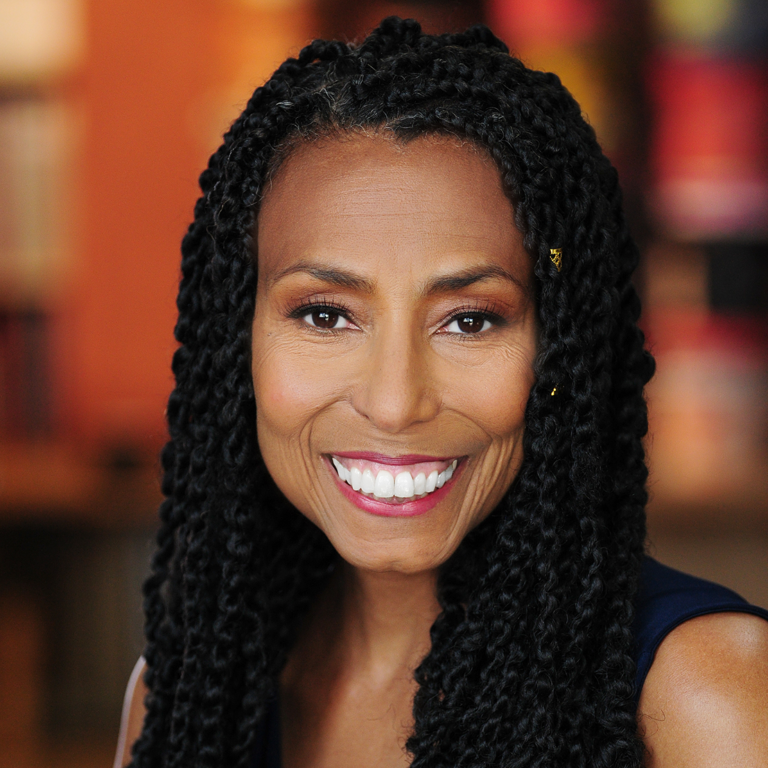 Margo’s acting credits include Black Odyssey, Fences, Twelfth Night, A Raisin in the Sun, A Winter ‘s Tale, American Night: the Ballad of Juan Jose and SPUNK for California Shakespeare Theater; Jazz, Skeleton Crew, Gem of the Ocean, Fences and Seven Guitars for Marin Theater Company; Ah! Wilderness, Once in a Lifetime and Marcus, or the Secret of Sweet at A.C.T.; Exit Strategy and Trouble in Mind at Aurora Theater; Marcus Gardley’s A World in a Woman’s Hands for Shotgun Players; Barbecue and The Motherfucker with the Hat at San Francisco Playhouse.

A founding member of Campo Santo, she appeared in Dennis Johnson’s Nobody Move, Chinaka Hodges’ Mirrors in Every Corner, Fe in the Desert and Stairway to Heaven by Jessica Hagedorn, Naomi Iizuka’s Hamlet: Blood in the Brain, 17 Reasons (Why), Polaroid Stories, the world premiere of floating weeds by Philip Kan Gotanda, References to Salvador Dali Make Me Hot by Jose Rivera, Bethlehem by Octavio Solis, and Hurricane by Erin Cressida Wilson.

She toured France with Word for Word as Missie May in The Gilded Six-Bits by Zora Neale Hurston, and Oceola in The Blues I’m Playing by Langston Hughes. Recent film credits include Leslie White in All Day and a Night and Nancy in Blindspotting.

She made her directorial debut with the world premiere of Joyride for Campo Santo, for which she was awarded Best Director by SF Weekly Black Box Awards. For Campo Santo, she also co-directed Erin Cressida Wilson’s award-winning The Trail of Her Inner Thigh with Rhodessa Jones, Hotel Angulo by Luis Saguar, and Sam Shepard’s Simpatico. Recent directing credits include How I Learned What I Learned for a Lorraine Hansberry Theater (LHT)/Ubuntu Theater/Marin Theatre Company co-production; Barbecue, Red Velvet and The Story, all three co-productions with San Francisco Playhouse and LHT; and Thurgood and Rejoice! for the LHT. Prior directing credits include Sonny’s Blues, a story by James Baldwin, for Word for Word, which toured France. She co-directed Bulrusher, a Pulitzer Prize finalist play by Eisa Davis, with Ellen Sebastian Chang, and Hamlet, Blood in the Brain, SPUNK, The Trojan Women, It Falls, Ragtime, and A Streetcar Named Desire for Chabot College.

Margo’s first play was The People’s Temple, written by a collaborative team of four writers using interviews and archival material to explore the People’s Temple movement and its tragic ending at Jonestown. The People’s Temple premiered at Berkeley Repertory Theater, and was also performed at Perseverance Theater in Juneau, Alaska, and the Guthrie Theater in Minneapolis; Margo was also a member of the acting ensemble. The play won the 2005 Glickman award for Best New Play in the Bay Area. In 2013, she premiered her semi-biographical piece, Be Bop Baby, a Musical Memoir, book and lyrics by Margo Hall, with original music composed by Marcus Shelby and featuring the 15-piece Marcus Shelby Orchestra. The piece chronicled her life growing up in Detroit with her jazz musician stepfather, who was with Motown. 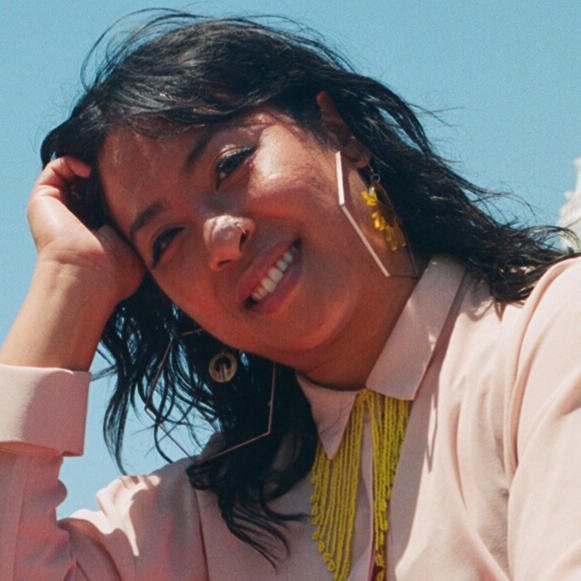 Arteche received her BFA from the University of Maryland, Baltimore County, and MFA from San Francisco State University where she received the School of Art’s Distinguished Graduate award. She has been awarded the Murphy Cadogan Contemporary Art Award by the San Francisco Foundation, was Kearny Street Workshop’s Featured Visual Artist in the 2015 APAture Festival, and residencies at the Vermont Studio Center and the Growlery. She has shown at East Tennessee State University, SOMArts Cultural Center and at the Wailoa Arts & Cultural Center in Hilo, Hawaii.
Arteche has served on Southern Exposure’s Curatorial Council, SOMA Pilipinas’ Arts & Culture Committee, and was the Visual Arts curator for UNDISCOVRED SF. She co-founded Balay Kreative with Kultivate Labs, a future Filipinx American Cultural Center in the South of Market. She is currently an adjunct professor at San Francisco State University, teaching with social justice and community responsive lenses, and is the Co-Director at the Berkeley Art Center. Arteche is committed to collaboratively creating decolonial practices within arts institutions, while creating visibility and providing resources for emerging Black, Indigenous, and POC Artists. 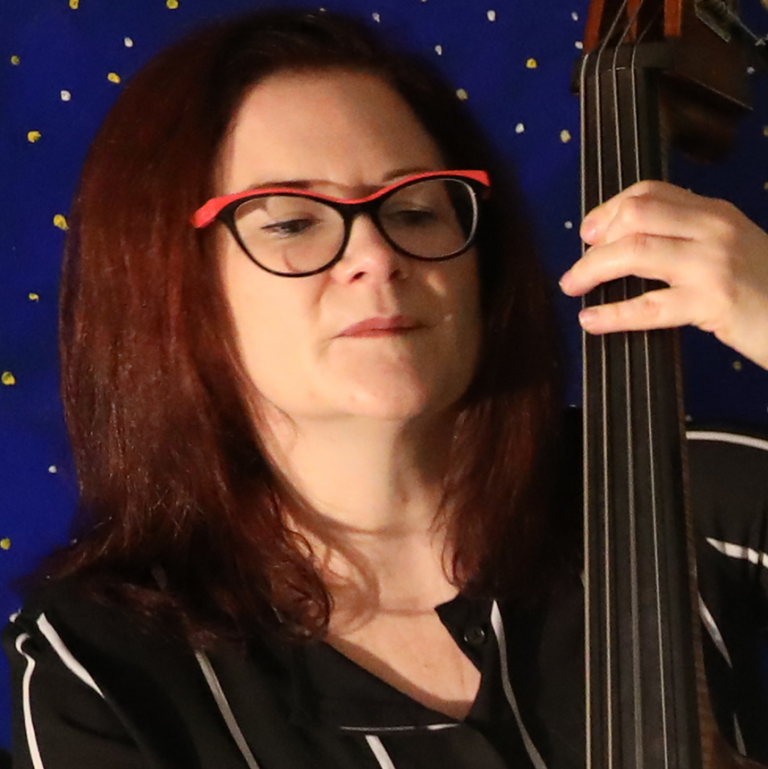 Berkeley, CA-based composer, bassist, and producer Lisa Mezzacappa has been an active part of California’s vibrant music community for nearly 20 years. Her activities as a composer and ensemble leader include ethereal chamber music, electro-acoustic works, adventurous jazz, non-traditional opera, music for groups from duo to large ensemble, and collaborations with film, dance, and visual art. Recent projects include Cosmicomics, a suite for electro-acoustic jazz sextet based on Italo’s Calvino’s stories about the origins of the cosmos; Organelle, a chamber work for improvisers grounded in scientific processes on micro and cosmic scales; Glorious Ravage, an evening-length song cycle for large ensemble and films drawn from the writings of Victorian lady adventurers; and Touch Bass, a collaboration with choreographer Risa Jaroslow for three dancers and three bassists. She also co-leads the community improvisation ensemble, the duo B. Experimental Band, with drummer Jason Levis, as part of the Do-Over Music series in Oakland, CA, and is collaborating with writer Beth Lisick on the serial audio opera The Electronic Lover. https://www.lisamezzacappa.com Lisa Marie has been a writing fellow with Hedgebrook, Djerassi, SF Writers Grotto, CALLALOO London, VONA, Just Theater Play Lab and Joshua Tree Highlands Artist Residency. She is currently developing her new play Love is Another Country. She holds graduate degrees from Claremont Graduate University and University of California, Berkeley, and many times can be found as a Guest Artist Faculty at universities in the Bay Area. Her chapbook of poems, Other Words for Grief (2018, winner, Mary Tanenbaum Literary Award) is available through Finishing Line Press and she is beginning the book proposal for her memoir project.

Lisa Marie was honored with a “Bay Brilliant” artist award from San Francisco’s KQED and received a Gerbode Special Award in the Arts (2019) in which she will be working with Crowded Fire Theater to write and develop a new play to world premiere in Fall 2023. She was and Artistic Associate for Intiman Theater in Seattle (20-21) and she is currently a Resident Artist with Crowded Fire Theater.

Fluxx is the online grant system to apply for a Community Arts grant.

On a sunny outdoor stage, a singer holds a microphone as the wind blows her brown curly hair out behind her. She is wearing stacked gold rings around her throat and wrists, and has a collar made of long black feathers around her neck and chest. She is a warrior, and superhero.

Site created by: Outside Voice, Natalie Kitamura Design, and PikaLabs.